One of the longest-standing book scouting agencies in the UK, Eccles Fisher Associates is based in central London and works for international publishing clients across the world and a film & TV company, sourcing for them the very best in fiction, non-fiction, adult and children’s books. We are interested in quality, in every genre, focusing on English-language titles from the UK and elsewhere, as well as books written in other languages.

We work across the Random House imprints, with Knopf, Random House, Doubleday and McClelland & Stewart, and their paperback imprints Vintage and Anchor, children’s and YA imprints, as well as the cookery imprint, Appetite.

CITIC Press is one of the leading publishers in China, publishing 700-900 titles a year including, in translation, quality non-fiction and both commercial and literary fiction.

Gyldendal has occupied a central position in Danish cultural life since its foundation in 1770, publishing literary and commercial fiction for adults, children and YA, and non fiction. We also work with commercial fiction imprints Cicero and Flamingo.

A major Finnish publisher founded in 1890, which publishes literary and commercial fiction, non fiction, children’s and YA. We also work with Like, Karisto, Nemo and Atena, independent houses acquired by Otava in recent years.

Founded by Robert Laffont in 1941 and part of the Editis Group since 1990, Laffont publishes literary and commercial fiction, crime and thrillers on its La Bête Noire list, a wide range of general non fiction, and books for young adults.

Established in 1974, Patakis is a leading independent general publisher in Greece and is distinguished for its commitment to quality, publishing adult commercial and literary fiction, children’s fiction and non fiction, scientific books, educational books and dictionaries.

Libri Kiadó was founded in Budapest in 2011 and publishes non fiction, upmarket commercial fiction and literary fiction, and children’s and YA. Imprints include Libri, Park, Helikon and Jelenkor.

Rizzoli Libri is part of Gruppo Mondadori and comprises the three imprints Rizzoli, Fabbri and the paperback imprint BUR, publishing works of fiction and non-fiction, books for young adults and graphic novels.

The Singel group was created in 2014. We work across the group with the literary houses: Nijgh & Van Ditmar, Querido, De Arbeiderspers, Athenaeum, De Geus; and the upmarket commercial house, Volt.

A major Norwegian publishing house, founded in 1770 with Gyldendal Denmark, becoming independent in 1925, with a particularly strong international fiction list as well as many Norwegian authors, publishing 400 titles a year. Gyldendal owns the ARK bookshop chain.

Founded in 1953, WL focuses on publishing literary prose and poetry by established and emerging authors. In non fiction, WL publishes biography, history, music and popular science, and also has a children’s and YA list. Mann, Ivanov and Ferber was founded in 2004 with the aim of only publishing business books: one title per month, twelve titles per year. Today they publish more than 350 titles per year and are a market leader in Russia. They’re currently looking to expand their commercial fiction list in particular. www.mann-ivanov-ferber.com

A leading publisher across the Spanish-speaking world, based in Barcelona and Madrid and comprising for adults: Plaza & Janes, Grijalbo, Suma das Letras, Aguilar, Rosa Dels Vents, Alfaguara, Debate, Taurus, Random House, Lumen, Reservoir and Debolsillo and Ediciones B; and Montena for children’s and YA.

Founded in 1837 and one of the oldest and most respected publishing houses in Sweden, Bonniers publishes Swedish and translated fiction, poetry, and high quality non fiction.  We also work with the Wahlstrom & Widstrand list. Eva, who is German, worked as a freelance editor for Ullstein, and previously at Mohrbooks Agency in Berlin. Apart from German, she also reads French and Italian. She joined the team in 2019 to scout UK books. Francesca joined the team in 2019 to work with non-English language books. She is Italian, and also reads French, Spanish, Portuguese, Icelandic and Japanese. Among other things, she has interned at the translation rights department at Curtis Brown. Jennifer, who is American, worked for fourteen years at literary agency A M Heath, ten of them as rights director. She joined Eccles Fisher in 2019 as head of the UK scouting. Lucy first interned at Eccles Fisher in 2016, following which she joined literary agency Peters Frasers and Dunlop. She returned in 2018 after completing a Master of Research (MRes) in literature at The University of Edinburgh, and currently focuses on book to film scouting. 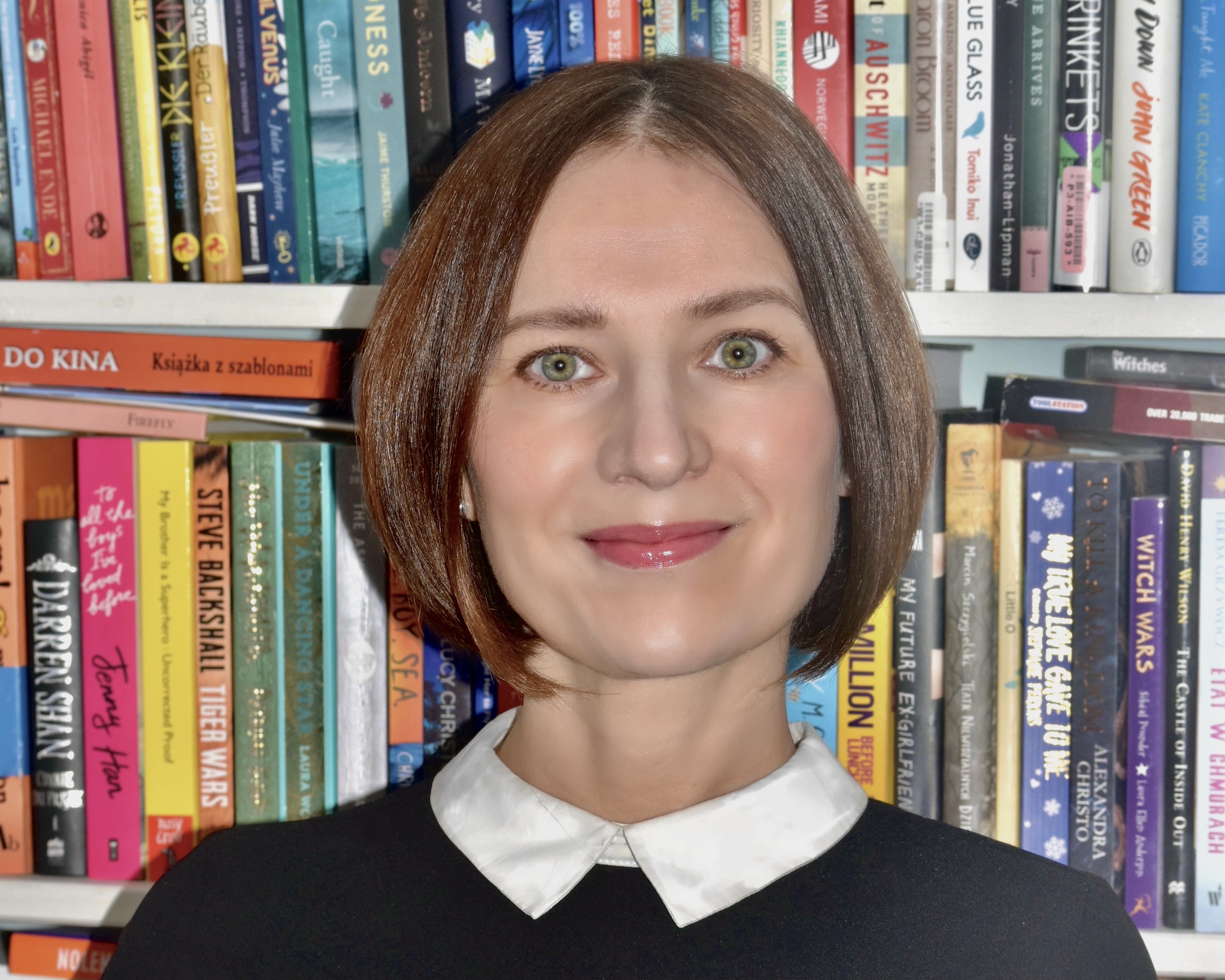 Marzena joined in 2008 from the Laura Cecil Literary Agency, and previously Andrew Nurnberg Associates and Bloomsbury Publishing, and is our head of children's and young adult book scouting. Apart from English, she also reads Polish, German and Russian. Rosie has returned to Eccles Fisher to run US scouting, after working with us from 2016 to 2019,  Recently she was a scout at JMH Literary Scouting in the US and previously an agent at Jonathan Clowes in London.  She is based in Boston. Simona worked at efa four years ago and has returned to cover Thais Pahl's maternity, scouting international titles across Germany, Scandinavia and the Netherlands. She is Italian and also reads French.

Thais is our head of international scouting. She joined the team in February 2015, after working as an editor at Companhia das Letras in Brazil and in the foreign rights department of UK literary agency Andrew Nurnberg Associates. Apart from English, she also reads Portuguese and Spanish.  Thais is currently on maternity leave.

Polite note: we are unable to accept unsolicited submissions.